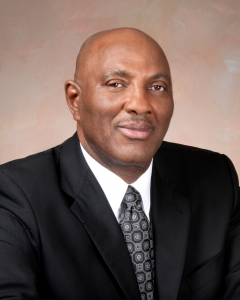 Another black man needlessly died under the yoke of Law enforcement in Minneapolis in the last few weeks and ignited a firestorm around the globe. It conjured up images of the civil rights movement of
the 60s but with a fervor, portrayed by media as being different. For the African American Community, it served as a continuous and painful reminder that as US citizens, they do not enjoy equally the rights of
citizenship afforded to whites. At every level, they remain victims of a democratic system that practices racial and exclusionary practices that serves to cripple and marginalize their existence economically,
socially, politically, educational, and environmentally. Each waking day, large numbers of African Americans and other racial and ethnic minority groups run for their lives on one level or another.
However, in every meaningful statistic valued by the white establishment, they fall short and are then blamed for doing so.

Why is it this way? Why should generations be doomed to such monstrous insanity? W.E Dubois’s prophetic statement, “the problem of the 20th century [now the 21 st century] will be the problem of
the color line,” gives us a clue. It carries significant weight in the 21 st century for people of color, which emphasizes “common experiences of systemic racism.”

George Floyd’s death is a tragedy and has sparked, for now, an interest in reform couched in the Black Lives Matter movement. What we as educators in higher education do with this moment is of crucial
importance. Systemic racism extends into the hollow halls of higher education from faculty and management hiring practices to upward mobility opportunities, to research grants, to publishing
books and articles. And finally, to student access and success. The gatekeepers, on many levels, are not unlike what is on the streets. It is a different form of policing. Nevertheless, within the
system, the hit is the same for people of color.

Today, talk of reform abounds in nearly every sector of our society. Should we choose to honor this historical inflection, I submit to Higher education leaders, Governing Boards, Associations, and
students in higher education a few suggestions below. They coincide with a relevant and timely question posed by one of the country’s most respected leaders in higher education, George Boggs,
President CEO Emeritus of the Association of Community Colleges. He asks, Are We Really Serious About Diversity, Equity, and Inclusion, and I would add “Fairness and Justice?”

If higher education chooses to honor this period in our history, leaders to make a difference must lead. They should create pathways that reflect a sustainable and measurable change across systems of higher education. In this way, maybe we will be able to look back three years from now and say, we can see a difference. To encourage us all in the struggle to be and become more effective change agents, I quote from
William Ernest Hensley –

Out of the night that covers me
Black as the pit from pole to pole
I thank whatever gods may be
For my unconquerable soul.

The Birth of A Virtual Nation